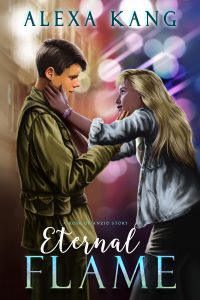 “Last night, I loved you a lifetime and more.”

16-year-old Julia Olsen’s world is falling apart. Her quarterback boyfriend broke up with her. Her family’s new home under renovation is a mess. Her high school counselor won’t stop harping on about her grades. A time-traveling WW2 soldier crashing into her room is the last thing she needs.

In 1944, 18-year-old Edmond Ferris answered the draft and headed to war in France. A chance discovery brought him home to Chicago…in 1989! He’s back in his own room, except a strange girl is living in it. She drives a Japanese car and she listens to Milli Vanilli, a German band.

Is their encounter an error in time or a will of fate?

Find out in this timeless tale of two young people whose love for each other knows no bounds.

END_OF_DOCUMENT_TOKEN_TO_BE_REPLACED 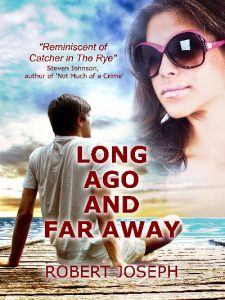 About Long Ago and Far Away:

Teenaged Toby, sensitive and intelligent, is engaged by his busy, but jealous, physician uncle to accompany his attractive, tempestuous singer aunt to a summer mountain lake resort where she is engaged to perform with a small tent theater opera company — the catch: he is to secretly spy on her and report any suspicious romantic liaisons. Dramatic happenings occur which culminate in a catastrophic event which results in sudden maturity for Toby.

END_OF_DOCUMENT_TOKEN_TO_BE_REPLACED 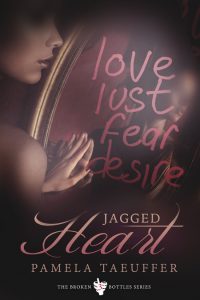 About Jagged Heart by Pamela Taeuffer

I am a woman who has come of age. I want to share my story of being raised in a family battling alcoholism and the effects on my life. This is my love story, the way I forgave my family, and the way I found intimacy. I had to take small risks, small baby steps toward change. Standing in the shadows for most of my life, I knew in order to break the generational chains of dysfunction I needed to do something different. Only being vulnerable . . . only learning to trust myself . . . only letting go of my fears–abandonment, everything good coming to an end, broken promises, never being good enough — could I find joy. And when I found it, it was amazing.

This YA book is available in these Formats: eBook, Print. 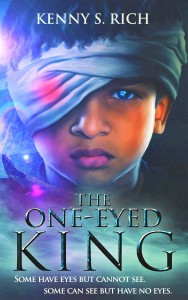 About The One-Eyed King:

A novel that will change the way you see blind people.
In the Land of the Blind, the one-eyed man is king.

In the year 2020, a nuclear war, perpetrated by a ruling entity known as The ARK, devastated Earth, laying over half the planet to waste. Today, the ‘future’ is dark. Every 6 to 18 months, a mushroom cloud envelopes one of the world’s once-great cities as The ARK seeks to wipe out a newly discovered resistance movement. Its ruler, The Anchor, and his Superiors, are ruthless and rule the world with an iron fist.

Until the All-Seeing Army, committed to a Blind War, rises against them. These soldiers literally can’t see and this handicap has become their greatest strength. Not only are their other senses heightened to the point of giving them superior fighting skills, but they also represent the only hope for a human race with a peaceful, true and just vision for the future.

Into this clash of titans, a sightless, orphaned boy is thrust. Iori, the eventual One-Eyed King, is kidnapped by this All-Seeing Army and trained for many years as The ARK gets closer to discovering their whereabouts. As commander of the last capable resistance movement on Earth, Iori cannot fail or the entire planet is doomed.