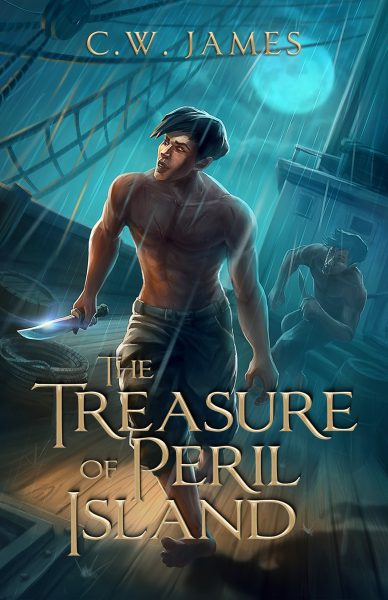 About Featured Book: The Treasure of Peril Island by C.W. James

Young, penniless Jack Drayton lives on a barge, anchored in the Thames River in 1903 London.One night, Jack comes to the assistance of an old man, who claims to be the infamous pirate Black Juan Gaskara, on the run from several men who want him dead. Jack finds that hard to believe, since the real Gaskara would have to be over 100 years old, but he can’t help but be curious. Black Juan tells Jack that he has millions in treasure hidden on the secret Peril Island. The problem is that know one knows how to locate Peril Island except Black Juan himself. Before Juan is murdered by his old enemies, he gives Jack a cryptogram that reveals the treasure’s location.

With his best friend Hector, Jack sets out to claim the treasure before Gaskara’s enemies do – if he can stay alive long enough.