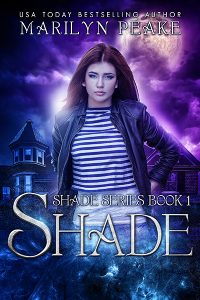 Author Bio:
USA TODAY and Wall Street Journal Bestselling Author Marilyn Peake writes Science Fiction and Fantasy. She’s one of the contributing authors in Book: The Sequel, published by The Perseus Books Group, with one of her entries included in serialization at The Daily Beast. In addition, Marilyn has served as Editor for a number of anthologies. Her short stories have been published in numerous anthologies and on the literary blog, Glass Cases.