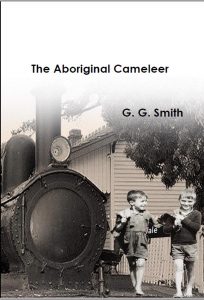 In 1930’s fictional Australian rural town of Willow Vale. Baddar, a wild hearted 7 year old would tell you he is special. As the blood grandchild of the last Afghan cameleer and his wife, Rose, an aboriginal woman, Baddar knew he was destined for more than his little town. Bored of small town life and overwhelmed by childlike curiosity, his ancestors tales of tribesmen and cameleers is all he needs to fuel his imagination.
Willow Vale is a town at the end of the railway line like so many towns in that era, Willow Vale was suffering with a declining population. Willow Vale once had three churches but now has only one.
The railway, agriculture and the nearby coal mines are the main employment opportunities in the town.
Willow Vale Rural school is a rural school. There are 2 grades in each class and is staffed by four teachers.
The story follows the adventures of 4 of the children from Willow Vale
Baddar and his sister Delari are special people. There are the children of the son of the last Aghan cameleer and his wife, Rose, (an aboriginal who was raised by missionaries).
Baddar’s best friend is Billy Frost. Billy’s sister (Freda), is Delari’s best friend.
Baddar is confused as for wether he would like to be known as an “Afghan Tribesman: or “ Aboriginal Cameleer.”
Baddar is frustrated by his aboriginal grandfather’not allowing him to go on walkabout until he is older. He convinces his friend Billy to go on a walkabout with him. Over several days they appear to be lost, but in reality, they had a great time.
Realising that Baddar is confused by his dual heritage,e the Charmchi family goes on a mini camel caravan with their Afghan grandfather. An accident happens, and Delari’s leg is in a cast during a school exchange visit to the Bulling Beach School.
While at Bulling Beach, Freda is bitten by a poisonous sea creature and is in a coma for several days.
Everything goes back to normal until a bushfire threatens Willow Vale.
Eventually, Baddar and Billy save the lives of a railway crew that had been caught up in the bushfire.