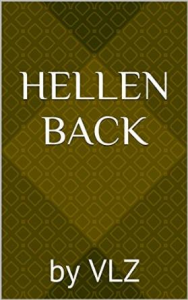 Jennifer Luck is off to college and finally getting away from her crazy-ass mother and that attic room. Only, Jennifer is about to discover there are monsters that lurk not only under beds and inside of closets and attic rooms, but monsters that dwell within the darkest places, unforeseen monsters, like crazy-ass mothers. When students at Kale University start disappearing, Jennifer begins asking questions better left alone. Finding herself inside a nightmare she cannot escape from, Jennifer’s only hope is that someone will come to her rescue and wake her from the darkness engulfing her very being.

END_OF_DOCUMENT_TOKEN_TO_BE_REPLACED

About Rise of the Maiden – Blood and Venom by Stephen Paul West:

In the first years of the reign of Victoria, an infant girl is stolen from the dirty streets of London. For fifteen years she is held an unknowing prisoner by the captor she calls ‘father’.

Emily Black is haunted by her mother’s spirit and forced into drug addiction by her impostor father. The man she believes her father is a twisted soul practicing dark, occult vampire rites. Emily is his greatest treasure, and darkest magic – that is, until the day she escapes.

Based roughly on the complex secret societies that practice vampyre rites across Victorian England in the 1800’s. This is a terror more real than childhood stories. It is the Gothic paranormal story reborn!

Emily is driven into flight by her mother’s haunting just before her 16th birthday. A birthday that was to be her last. Every step for Emily Black is on the broken shards of death. Her survival is based only upon her strength, intelligence and passion of her heart. Brett Cardon is the teenaged murderer she must embraced to make her escape. This boy makes her body alive, but she knows to always fear her traveling companion. The blood of the Picts still boils angry in his youthful veins.

Behind Emily and Brett a spiteful killer hunts there every step on the street of London. Marquess Alyn Black is a vampire like you’ve never experienced. Earthy, mortal and human – but with all the ritual and devotion of any vampire folklore. Discover a brand new vampire genre – a dark history that reaches back to the Strigoi of ancient Rome. Embrace genuine paranormal horror in book one of a four-part saga.

“Rise of the Maiden – Blood and Venom” is book one.

Carnal men make themselves into cold, real and terrifying vampires. And one girl was stolen as an infant and raised to serve as sacrifice in the highest ritual. Her kidnapper tormented her to the brink of insanity. Drugs, blood and murder were the reckoning of her childhood.

Fall into a tangled web of paranormal that will snatch away your breath.