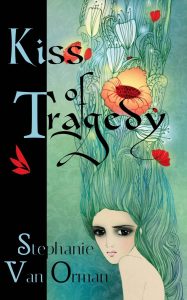 “About Kiss of Tragedy:

Not only does Juliet join an occult club, but she falls head over heels for a man who is a suspected vampire. Their romance would be perfect, but something strange happens when they kiss. When their lips meet, she’s thrown into a world where violence is normal, romance and danger are the same thing, and a simple kiss can lead to destruction.

END_OF_DOCUMENT_TOKEN_TO_BE_REPLACED 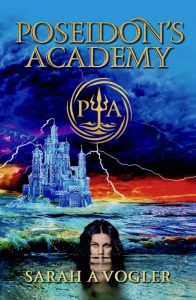 Getting sucked into a whirlpool, sleeping in monster-infested woods, and battling psycho sea-nymphs was not how Hailey planned to spend her first year of high school. But when you’re the only Zeus in the world, life tends to get a bit complicated…

The Great Battle saw the world changed forever when humans killed the gods and absorbed their powers. One power was coveted above all others: Zeus’s. Thirteen-year-old Hailey Woods is the first Zeus in over a century. Unlike everyone else, she hates her powers because of an ancient prophecy that claims a Zeus will have to save the world someday.

Hailey doesn’t want to save the world. She wants to be a normal teenager, whose biggest dilemma in life is deciding what to eat for lunch, rather than training to become the ultimate weapon. Poseidon’s Academy, an underwater palace where her powers don’t work, was meant to give her that opportunity. But when she arrives, she discovers the sea-nymphs living there are plotting to resurrect the gods, and Hailey must find a way to stop them before they can enact the prophecy.

So much for normal!

END_OF_DOCUMENT_TOKEN_TO_BE_REPLACED

Michael Potters is caught in a dilemma. He is attempting to solve his own murder and trying to do so while in the form of a little boy whose body he now inhabits. While doing so, he not only has to keep the secret from his own son, but from the new family that he is now living with. To add even more to his troubles he is having to once more attend grade school, something which was frustrating enough the first time. He has no idea why all of this is happening to him nor how much time he has left to find out why. All he can do is race the clock to try to discover who was responsible for murdering him before his time runs out.

END_OF_DOCUMENT_TOKEN_TO_BE_REPLACED

About TITAN From Earth’s Past A Hero Rises – Adventures of an Olympian Book 1:

Gaius Richards is a teenage boy born of two worlds who just wants to go to high school and live a normal life as he connects with his mortal roots. As the hero “Titan,” an immortal from Mt. Olympus and the son of Gaia, he is also the strongest person to ever walk the face of the Earth. Christine is a smart, overly-serious girl who accidentally stumbles onto his secret, and through the wisdom of the gods finds that maybe it was not an accident that they were meant to find each other. As they fall in love, the two of them will together face the greatest adventure of their lives as Gaius, Earth’s sworn protector, will face the greatest battle of his life as he attempts to stop a human killing machine long thought dead from wrecking havoc on his adopted home. Can an Olympian die, or will he be able to find the strength to not only save himself, but everyone he holds dear?
From the author: I love super heroes. Comic books have been a large part of my life for three decades and I have fond memories of losing myself in those colorful pages for hours on end. When I set out to write this book I wanted to capture the essence of those wonderful books that I read when I was a kid and put it into novel form. Hopefully, I have succeeded.