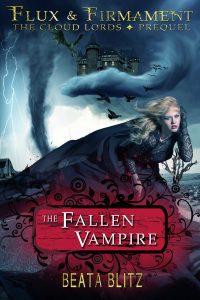 Author Bio:
After spending the past few years filling Moleskins full of world building and character notes for my YA dystopian romance series, Flux & Firmament: The Cloud Lords, I have finally taken the plunge and published. The world in which these adventures will take place is epic in scope. Although I have this series plotted out, every time I sit down to write, I discover new things about the characters as they come to life and fulfill their own destinies.

Thank you for joining me on this journey that will have many surprises along the way. I promise you, it will be a wild ride!